Doves are portrayed as the gentlest and kindest birds ever existed. Compared to other birds (we’ve talked about red birds), doves carry a universal symbolism and permeate almost every culture in the globe. White doves are the most mentioned compared to those of other shades.

People looking for a fresh start in life always consider doves as the hope for a new beginning in life. Those celebrating important milestones in their lives, families or organizations often release white doves as a gesture of peace, kindness, and good tidings going forward. Read on to learn more on the white dove symbolism.

What does a white dove symbolize? 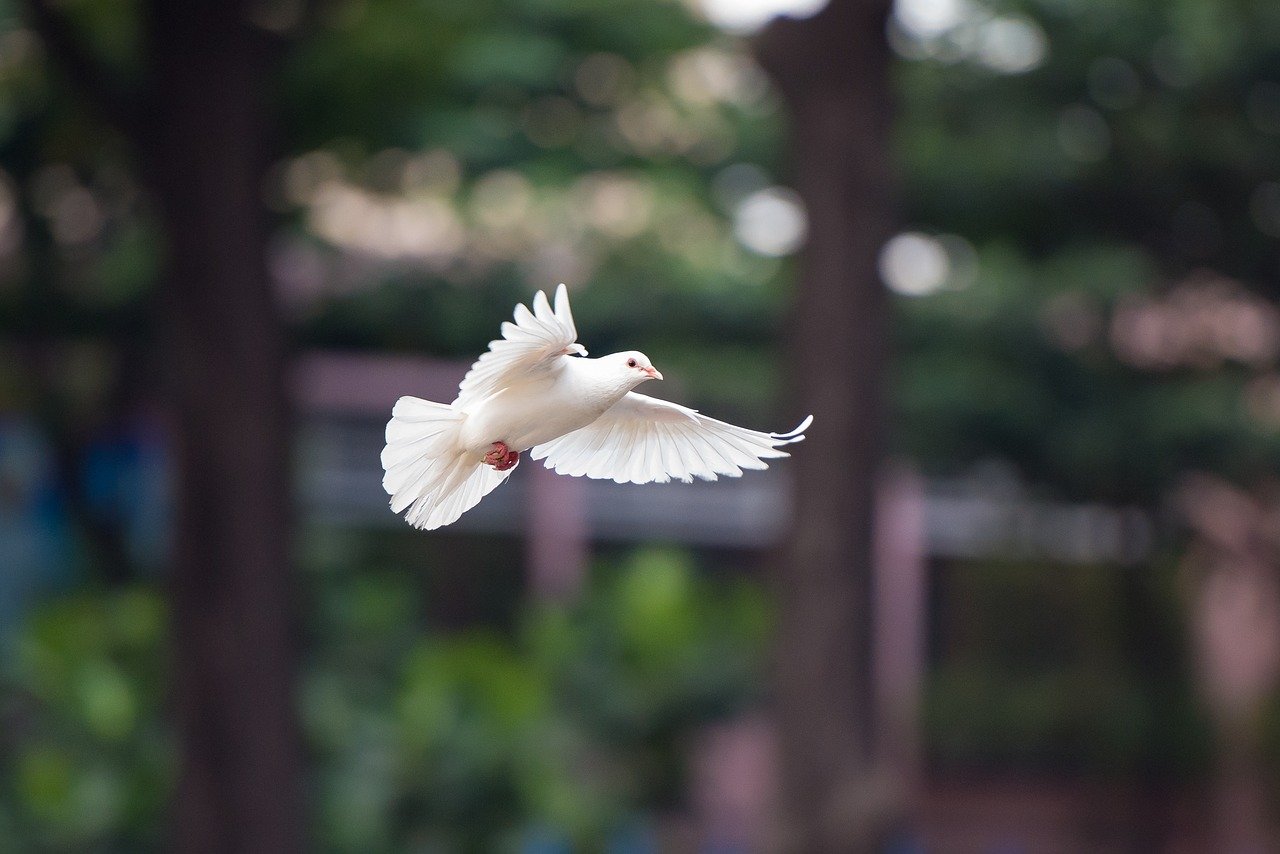 White doves are a general symbol of partnership and love. It could either be love that you are looking for or love that you already have if you are in a relationship.

Also when a white dove comes fluttering before you it could be a reminder that if you are soar to new heights in life, you need to master two things; when to flap your wings and when to let the wind carry you above.

If you are currently being surrounded by turmoil, a dove could be a sign that you need to stop, take a deep breath, and relax. During such moments, you need peace more than anything else. In fact, what you are looking for may just be around the corner.

It is not uncommon in life that you may be attracting some negative energy and things that you don’t really like. During such times, the appearance of a dove could symbolize a need for purification of your thoughts.

For people passing through some problematic phases in their lives, doves could herald hope that the end of their troubles is in sight. Possibilities of new relationships, new beginnings, and fresh romance could be around the corner.

What does a white dove symbolize in the bible?

Ancient religions and cultures regard white doves differently. In Christianity and by extension the bible, doves are symbols of prosperity, love and honor.

In the story of creation as documented in Genesis 1: 2, the bible says: “Now the earth was formless and empty, darkness was over the surface of the deep, and the Spirit of God was hovering over the waters.”

The Spirit mentioned here is often portrayed as a white dove. You can also find this is the Babylonian Talmud. The New Testament and the Dead Sea Scrolls also mention the Spirit of God as ‘hovering’ just like a dove.

In the flood story in Genesis 6-9, the bible mentions the dove that was sent three times by Noah to find out how low the waters had receded.

When the dove came back with an olive branch on its beak, Noah must have breathed a sigh of relief that the storm was finally over. The dove symbolized peace and that the wrath of God just like the flood, was subsiding.

The dove imagery can also be found in most of the prophetic books in the Hebrew bible. In Isaiah 38:14 the bible reads, “Like a crane or a swallow, so I chattered; I mourned like a dove”. The symbol here is of people who have fallen away from the presence of God.

The same imagery is seen in Ezekiel 7:16 – “But they that escape of them shall escape and shall be on the mountains like doves of the valleys, all of them mourning, everyone for his iniquity.”

Several sections of the Torah use the symbol of the dove as an atonement for sin. In the book of Leviticus 5:7, the Bible records: “Anyone who cannot afford a lamb is to bring two doves or two young pigeons to the LORD as a penalty for their sin–one for a sin offering and the other for a burnt offering.”

The excavation of the City of David and the areas around Jerusalem have shown just how significant doves were. There were probably raised in the city to be used for sacrificial offerings.

White dove with black wingtips what they symbolize 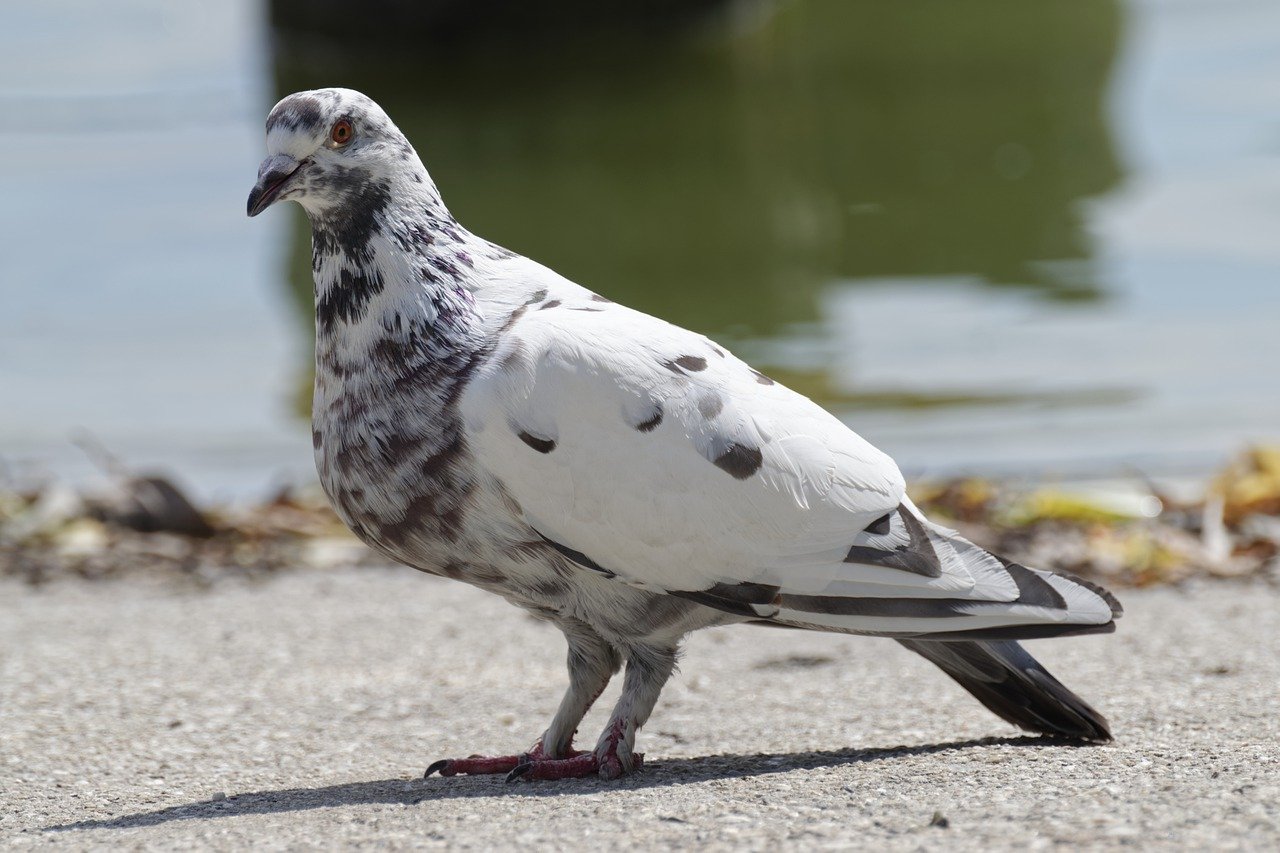 White doves with black wingtips or spots are often associated with mourning doves. With their distinctive sound, they evoke a feeling of grief or loss. While the black part represents something not so good, the white part may be a symbol of optimism.

Even though their sorrowful songs are conspicuous, mourning doves signify that there is a silver lining of hope, renewal and reason at the end of the tunnel.

Some intuition experts believe that doves with black and white coloration could be passing a message that we need to laugh hard and get all the negative energy out or dig within ourselves as much as we can.

In the uncertainly of hopelessness, these doves could be symbolic of God’s providence and that your prayers are getting the attention of God. The white part which is the largest could mean that angels are watching over you. Despite the pain, suffering and feeling of being abandoned, you are not alone.

Whatever choices you’ve made that may seem not to be working, will be resolved in a matter of time.

What does the white dove symbolize in baptism?

As recorded in the bible in Mathew 3:16, “As soon as Jesus was baptized, he went up out of the water. At that moment heaven was opened, and he saw the Spirit of God descending like a dove and alighting on him,“ the white dove is often regarded as the Holy Spirit of God.

It is a sign that the baptism has been acknowledged not just on earth but in heaven as well. As a symbol of purity white doves released during baptism serve as an indicator that the old is gone, sins have been forgiven and the person in question is now a new creature ready to start a life of holiness.

Much like the dove in Noah’s time, the appearance of a white dove before, during or after baptism is a sign of peace between God and man and that there is no condemnation for those whose transgressions have been pardoned.

What does dead white dove symbolize

While a dove is a symbol of life and peace, a dead dove could mean a change. The change could be at a personal level such as getting into a time of turbulence or in terms of relationship where you hit a marriage iceberg.

The dead dove could also be a sign of a change in the constitution of the family such as the arrival of a newborn or your mother in law moving in to spend some time with you. Therefore, the change is not necessarily negative, it is just a different context that you are switching to.

White doves are truly magical in almost every culture. They are signs of hope, prosperity, and peace. They symbolize the end of strife and the beginning of a life of bliss. When a white dove flies over you, look at it with eyes of love and hope because something good could be coming to you down the road.