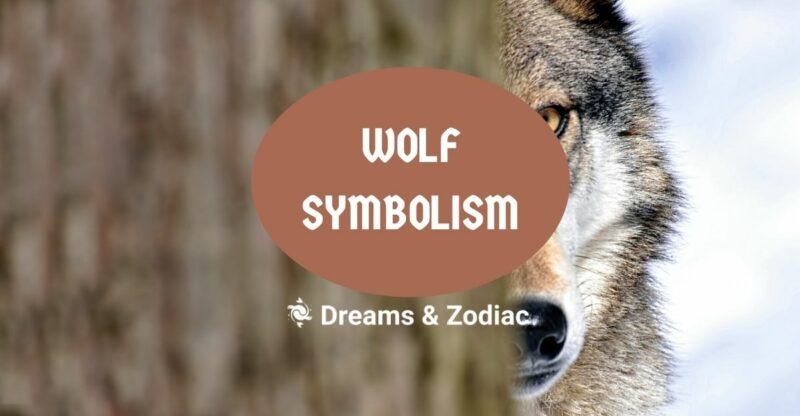 Of all animals that roam the earth, the wolf is probably one with the most feared and respected in equal measure. Depending on the corner of the world you are in, you may ascribe different meanings to the world either in dreams, visions, or wake life experiences. In terms of habitat spread, you’ll find most wolves in wooded areas far away from where people live.

If you are in North America, you’ll likely see large populations of wolves in Canada where many of them have migrated to from the United States. There are other varieties of wolves in parts of Europe.

The geographical and habitat nuances aside, wolves have been found to be among the most intelligent, friendly, and social animals. The sort of gentleness and devotion that the whole pack shows to its cubs is epitomizes their level of care and concern for each other.

In terms of routines and rituals, wolves much like humans have certain behaviors such as hierarchical structures and marking off territories. If you are keen to look at the operations of a pack of wolves, you’ll see the dominance and authority exerted by the both the alpha males and alpha females.

Having looked at their background, let us now turn to the symbolism of wolves. What role do they represent in our day today lives? Here are some of the prominent wolf symbolism.

What does a wolf howling at the moon symbolize? 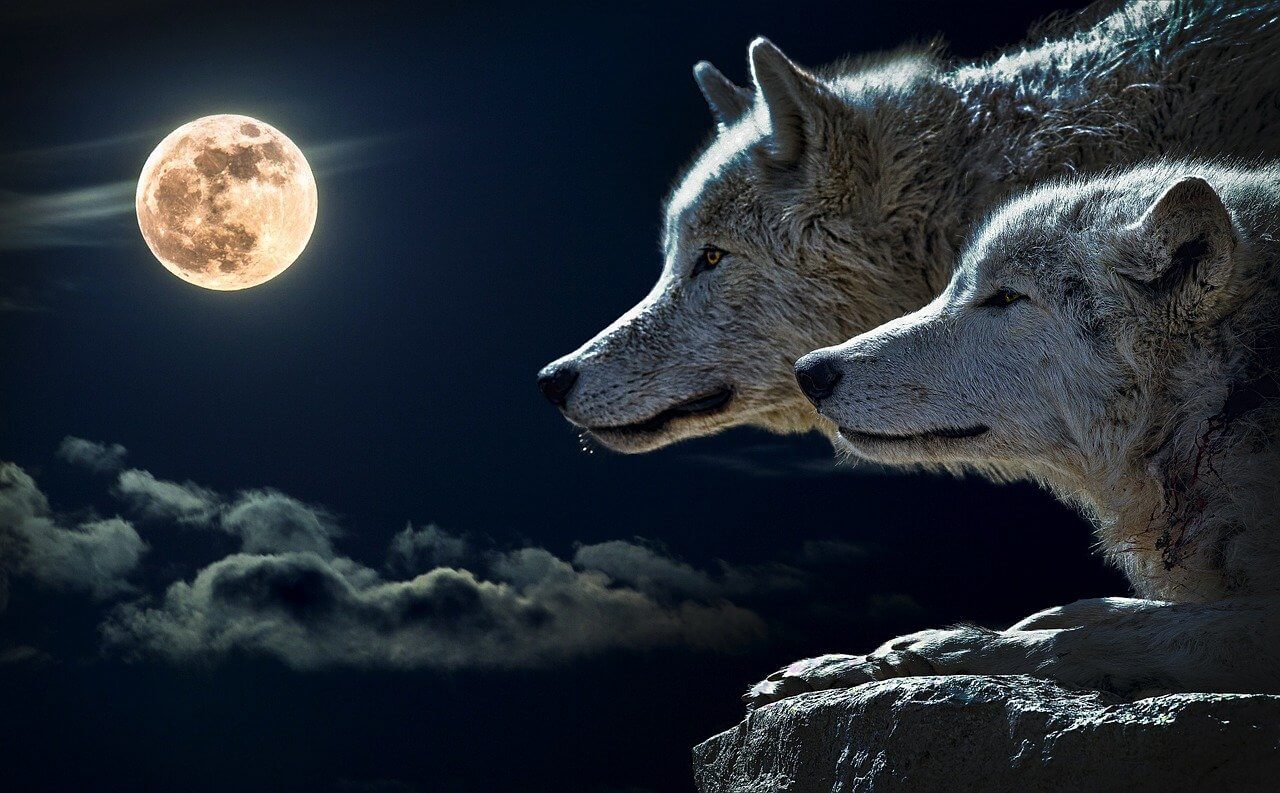 A wolf howling at the moon represents a deeper connection layers with clear communication starting from yourself and extended to others.

If you feel guided by your instincts or are connected deeply with your innermost feelings, you share a predisposition with howling wolves. Embedded in this predisposition is a need for freedom and a sense duty towards your family and community in general.

If during your meditation or dream a wolf appears, it could be an invitation to a life of freedom, power, and passion. Everyone of us has a true spirit and a wolf symbolizes the need for us to embrace that spirit.

What does a white/black wolf symbolize?

A white wolf is a symbol of sharpened instincts and courage. This means it gives you unbridled power to make top quality and timely decisions. Even in your darkest circumstances, you can still find a way out. With such level of valiance, you can give communities solutions to their day-to-day problems.

A black wolf on the other hand is a symbol of some shadowy attributes of yourself. It could be pointing to some undesirable or unincorporated attributes that you need to recognize. Getting rid of these attributes could be the ladder to your next breakthrough.

This emotion may be interpreted as being negative, but it could be a defensive awakening. In most instances, it could be an invitation to re-evaluate your relationships and redefine your physical and emotional boundaries.

If there is someone or even something in your life that threatens your existence, your instincts may portray them using the wolf symbol. It could be a new relationship that you are getting into or even a job offer that you are about to take and not being sure how it will affect your life thereafter.

The bottom line is that even if it seems okay on the surface, pay more attention to your instincts, and dig a little deeper to understand the source of your stress.

The need to be aware of your environment

At times in life, you may live in a way that makes you out of tune with your immediate environment. Wolves are known to be animals that have a precise command and knowledge of their environment combining grace, strength, and a considerable measure of stamina.

They know how to adjust their pace depending on what they are after. For instance, when they are chasing prey, they can easily move at speeds of a bout 35 mph or just jog in a relaxed manner when even for hours.

As humans, we are designed for motion at every point and time of day. However, just like the wolf, we need to pace up or down depending on how we feel about the environment and our objectives. It is the small decisions we make that affect how we interact with our environment.

What does a wolf symbolize in Christianity?

In Christianity wolves are portrayed as being vicious and to some extent evil. In the book of Acts 20: 29, the bible reads

“For I know this, that after my departure, savage wolves will come in among you, not sparing the flock.”

The wolf often took the exact opposite of the attribute of Jesus Christ. Instead of being protective and faithful, the wolf was destructive and vicious.

What does a wolf symbolize in Native American culture? 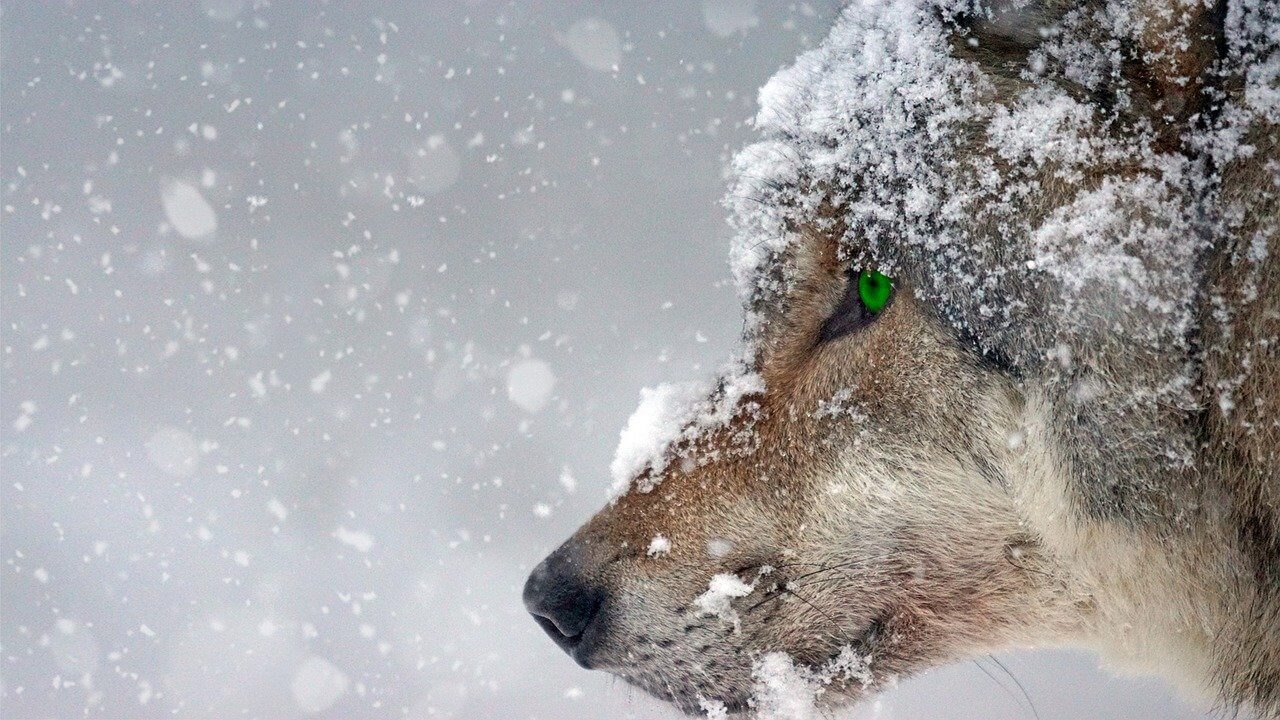 Some hunting tribes especially in North America perceive the wolf as a symbol of great warrior. It is strong and has a tough mental and physical stature giving it such a resilient fighting spirit. During difficulties or trying times, the sight of a wolf brought a sense of strength and courage.

Some tribes would even assimilate wolf-like behaviors such as wearing wolf skins during their rituals to bring out the whole essence of wolf attributes.

What does a wolf tattoo symbolize?

Wolfs such as those engraved in tattoos symbolize a journey of redefining yourself and your identity within your sphere of influence.

It is a representation of a break off from the status quo and an invitation to align with your highest self. Think of it as symbol of a discovery journey to some inner truth where you must make tough decisions of either walking alone or tagging the right kind of people along with you.

If you have ever felt at one point of the other that you are like a stranger in this world constantly battling to reach a higher level of truth, then a wolf tattoo can capture those emotions very well.

When wolves appear, it is usually a communication coming from the spiritual realm. The message is most often than not information of a deep spiritual nature. It could be something about your instincts or an invitation to a higher level of intelligence.

Wolves may awaken your conscience to threats around your relationships or networks that you need to take note of. Some of the threats may not appear on the surface thus requiring some level of digging before you unearth them.

Just like the wolf is always a ware of its environment, you also need to be sensitive of what is happening around you.

Did you find this post interesting? Please leave your comments in the section below. If you’re looking for more symbols, check this guide about spiders, or this one about rabbits. 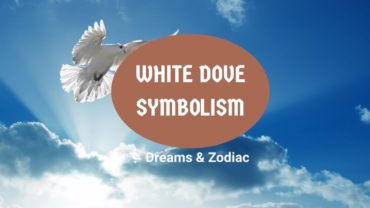