Spider Symbolism: What Do Spiders Symbolize

If you have watched the spider making its web, you will know that it is the ultimate symbol of creativity. The way it spins the web with a lot of power resulting into a strong network that not only protects it but also serves as a trap for its prey is amazing.

After weaving its spiral net, the whole network converges at a single point located at the center. The spider then sits at the central position on the web symbolizing the center of the universe. Some cultures and religions consider the spider as the master of illusion. The spinning of the web represents sacred geometry similar to the creation of the universe.

What do spiders symbolize? 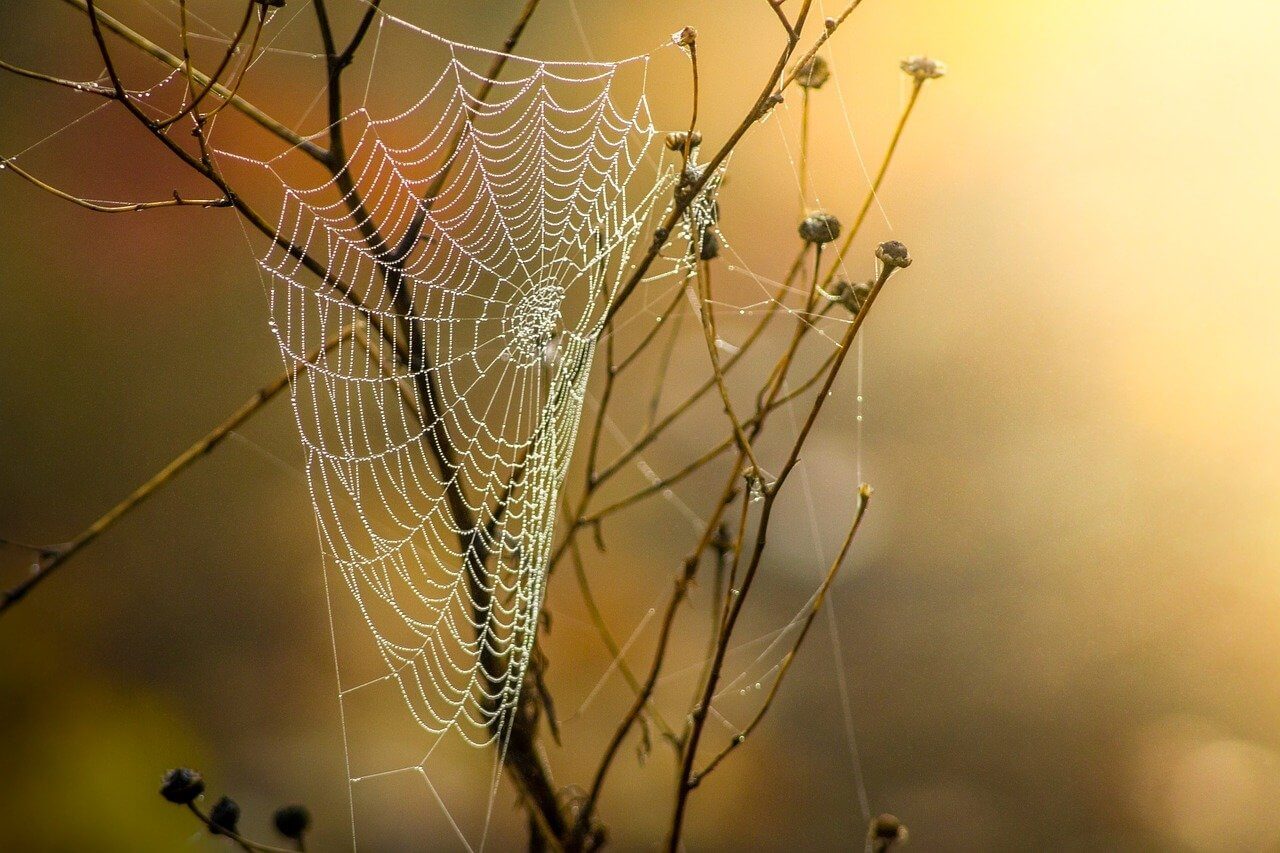 What baffles humans about the spider is the intricacy with which it spins its web. This power to weave and create has been associated with the divine ability of creating, destroying, and creating again.

The spider has a behavior that symbolizes the constant alteration of the forces that underpin the universe. It is for this reason that a lot of symbolism on constant transmutation are assigned to the spider. Many theorists are of the belief that death represent the winding up of an old web and the spinning of a new one.

Dreams involving the spider are often associated with fear. They represent the destruction of one’s people through guilt or possessiveness. Dreaming about the spider’s web could indicate instances where you are exposed to a web of deceit, fraudulent activities, or lies.

Spider cobwebs highlight certain areas of your life that are hidden or neglected. You may need to take some time to think through your life and sort out any emotions such as resentment, anger, or guilt.

What do spiders symbolize in literature?

In American literature drawing from the works of Jorie Graham and Jonathan Edwards, spiders feature prominently. The authors highlight the role of spiders especially in the native American myths where they were given a central role.

The hunting style of the spider has attracted a lot of literature focusing on the persistence and patience of the spider as it nearly its prey. According to literature and mythology, the god of spiders is called Arachne. Thanks to their web making abilities, spiders are regarded as mythical creatures.

In folklores, spiders are considered symbols of storytelling as well as oraches of fate. The superstition around spiders goes back to the connection that they have to witches. It was believed that spiders were evil companions.

What do spiders symbolize in the Bible?

In the Bible, spiders are mentioned in a few verses but with incredible meaning. In Job 8:14, the Bible says,

“Whose hope shall be cut off, and whose trust shall be a spider’s web.”

This verse talks of the people who have forsaken their God and are now moving according to their own carnal mind. The spider’s web has been used as an illusion of strength but in reality, it is a weak structure.

“5 They hatch adders’ eggs and weave the spider’s web; He who eats of their eggs dies, And from that which is crushed a snake breaks forth. 6 Their webs will not become clothing, Nor will they cover themselves with their works; Their works are works of iniquity, And an act of violence is in their hands.”

This verse just like that of Job, refers to the ways of the godless and the spider’s web is symbolic of evil and unreliability.

The Bible uses the web and the spider to symbolize the devil and his evil schemes whose business is to create traps for the godly. Just like the web perishes when a strong force lands on it, so will be the end of evil doers. They will perish in their frailty.

What do white spiders symbolize?

White color is always a symbol of purity, enlightenment, and confidence. When you see a white spider, it could be representing inner attributes within you such as your receptive ability and patience. In many cases, a white spider is associated with creativity and feminine energy.

In certain cases, a white spider may be pointing us to some dark aspects of our personality such as judgmental character and pride. It is therefore important that you do some soul searching to find out if indeed there are layers buried within you of unpleasant personality traits.

Many people tend to fear spiders but when they appear in dreams, they could symbolize good things. For instance, if you dream of a white spider, it could be a sign of some huge success or monetary gain that is coming your way. White spiders are symbolic of fame, great career, and prosperity.

What do spiders symbolize in Norse mythology?

In the Norse mythology, the spider is a symbol of power, mystery, and growth. The mythology recognizes Loki as one of its gods. According to the mythical history, there is a strong association between spiders and Loki. Some tribes in the Scandinavia use the old term Loki to mean tangos and knots.

Instead of describing spiders for what they are, Norse mythology associates what spiders do that is weaving knots and tangos to represent their god Loki. Also, Loki is considered a cunning trickster who is capable of changing his sex and shape.

Armed with the knowledge and awareness of spiders, whenever you see them whether on the road or in your house, you should be able to understand their symbolism. At times it is not easy, and you have to consider the context to get the meaning.

Always remember the obvious symbolism such as transmutation, feminine power, entrapment, deceit, and creation. Always meditate and introspect to know exactly the meaning that the spider portrays in your dreams or wake life.