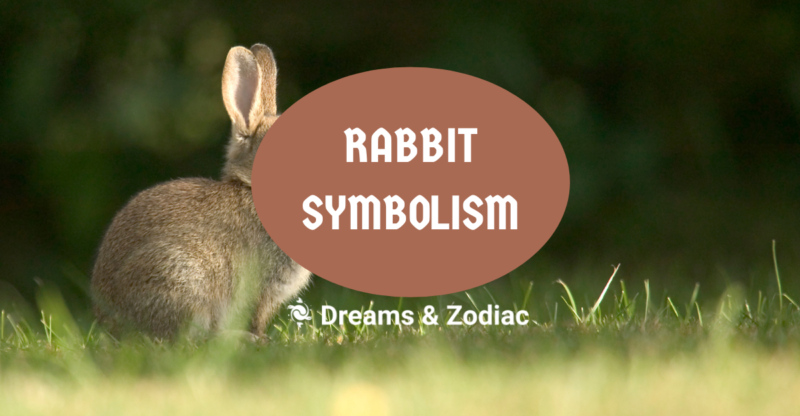 In many parts of the world, rabbits are regarded as pets while in certain areas, they are bred as part of livestock. Cultures, religious practices, and part of human lives have had a special place for rabbits. Whether you look at history or part of modern life, rabbits have been assigned various symbolic meanings. Looking at art, dreams, or even the way certain people dress, there is some element of rabbit symbolism that comes out strongly.

In this article, we shall look at some of this symbolism in different cultures and religions including the Bible.

What do rabbits symbolize? 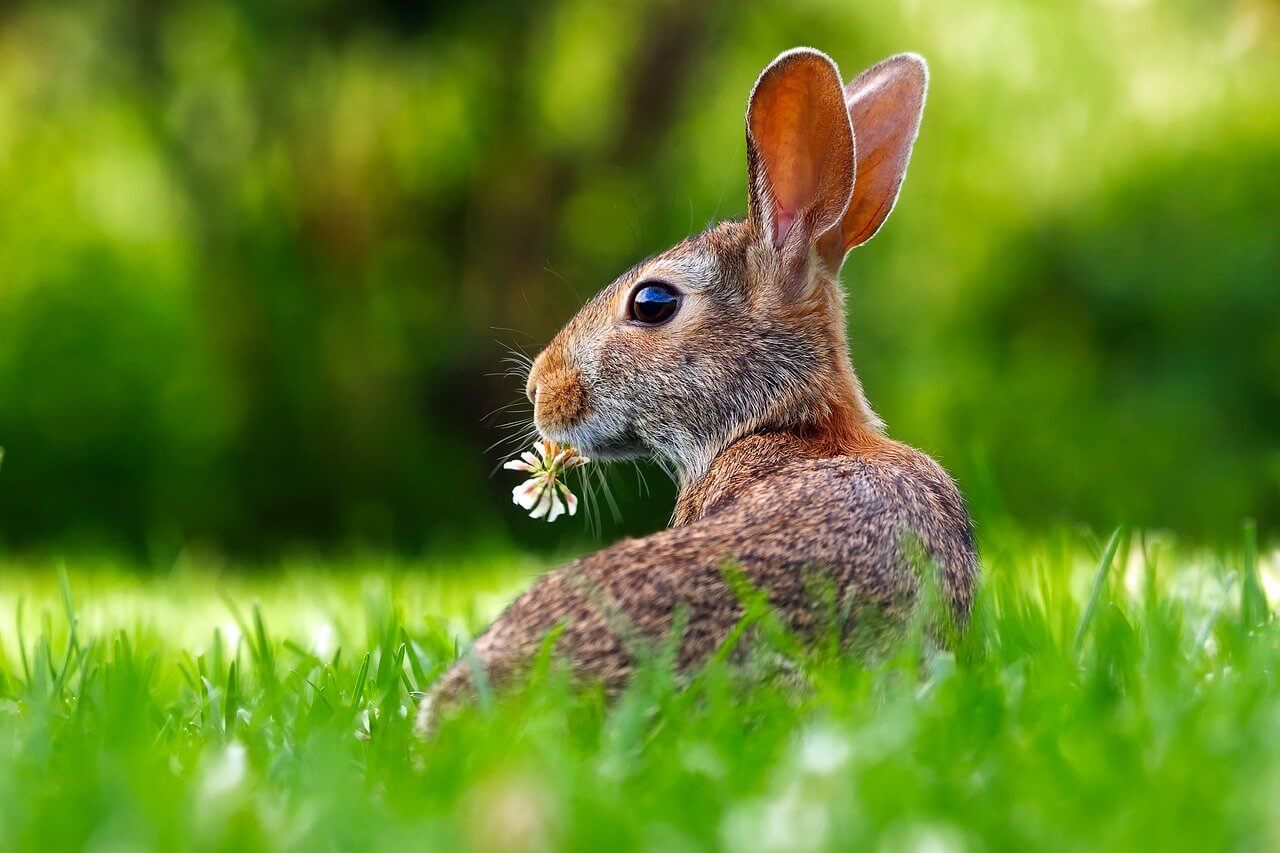 Generally, rabbits have been symbolic of good luck, prosperity, fertility, and abundance. Compared to other animals that may have multiple symbolism, rabbits have had consistent meanings across cultures and religions. For instance, in some European cultures, rabbits are synonymous with springtime, and this gives them the symbol of renewal and fruitfulness.

In the United States and most North American cultures, rabbits denote devotion to self-improvement, cleverness, and some element of good luck. Having said that, there are some native American cultures that see rabbits as trickster animals. In Aztec mythology, rabbits were associated with promiscuity and drunkenness.

If in a dream you see yourself feeding a rabbit, it could be symbolic of tenderness, caring, and nurturing. However, if during the feeding process the rabbit bites or scratches you, it could mean some sort of deteriorating relationships or neglected networks.

The death of a loved one or loss of friendship and romance is often symbolized by a dead rabbit. Irrespective of where it appears, the symbolism of a dead rabbit is not good.

What do rabbits symbolize throughout history?

Depending on the history that you are reading, rabbits have been assigned varying symbolism. For instance, in the Anglo-Saxon culture and mythology, the rabbit represents the fertility of the goddess Ostara.

Generally, Ostara personifies the rising sun which is associated with spring. Because she is a friend of all children, she changed her pet into rabbit just to amuse them. This is where the symbolism and association of the rabbit and fertility came from.

Among the Anishinaabe who are culturally related indigenous people including the Ojibwe, Odawa, and Potawatomi people in Canada and the United States, the rabbit is considered to the son of the sun. It is also symbolic of a friend of humanity and a teacher.

In some Eastern countries, rabbits were symbolic of religious icons as well as representations of vigilance, self-protection, and deftness. Among the Han Chinese, eating of rabbit meat is forbidden as they believe that their women will give birth to babies that have harelips.

What do rabbits symbolize in the bible?

Scripturally, rabbits are considered unclean animals and hence should not be eaten by humans. However, they are not explicitly mentioned except in Leviticus 11 where the Bible indirectly groups the rabbit together with the animals that do not have a split hoof. They are considered unclean, and their carcasses must not be touched.

In some western European cultures, rabbits are considered lucky creatures and symbols of kindness and elegance. There have always been some disagreements with Christians who feel that rabbits should not be linked to Christianity because of their prominence in some pagan religions.

Rabbits act as spiritual messengers in some pagan religions linking the underworld and the human realms. There is limited interactions between the rabbit and Christian symbology. That notwithstanding, rabbits relate to the Christian holiday of Easter. Many children grow up knowing about the Easter bunny that lays eggs. In Germany, children are taught on how to make nests which they believe helps the rabbits lay their eggs safely.

What do rabbits symbolize in life?

When people see rabbits in the wild, they accept them as symbols of good luck. This can be good luck in finances, family life or even love life. Aside from that, rabbits are considered spiritually powerful animals. when people spot a rabbit, they take it to symbolize revelation or some spiritual awakening.

If a rabbit crosses your path, it may be an invitation for you to follow your intuition in a certain matter. The color of the rabbit is also significant. For instance, black rabbits symbolize bad luck or the private side of our emotional construction. They may represent anxieties, inner turmoil, and darker sides of our lives.

In literature which is part of life, rabbits represent serenity and peace of mind. In some literal interpretations, rabbits are seen to be fierce animals which will fight, if need be, to protect not only their families but also their territories. In the face of many predators, rabbits have survived and for this reason, some cultures consider them lucky.

What do rabbits symbolize in Japanese culture? 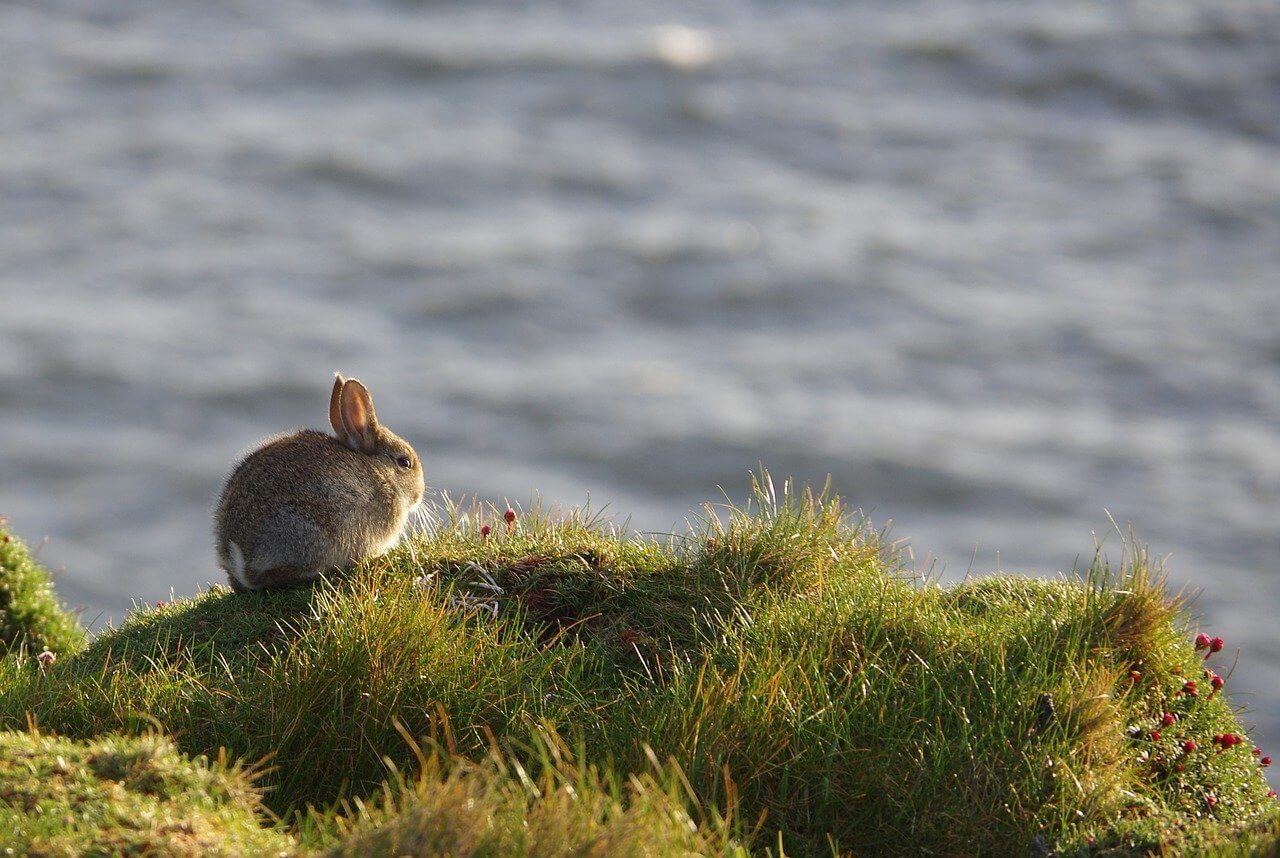 Culturally, the Japanese share a lot with the Chinese. However, there are some differences when it comes to rabbit symbolism. For instance, just like in the Chinese culture, the Japanese believe that rabbits symbolize luck. However, they don’t stop at that, they go ahead to ascribe advancement, ambition, and self-devotion as some of the additional symbols of the rabbit.

Because of their short legs, rabbits tend to climb hills with a lot of ease. To capture this attribute, the Japanese assigned rabbits the symbolism of progress whether personal or joint.

On dresses such as kimonos or decorations in Japan, the rabbit almost always features as people invite grace, beauty, and good fortune into their daily activities.

To better interpret the symbolism of rabbits, you have to consider the context. This is because they can be contradictory in meaning from one culture to another or in different religious settings. However understanding what rabbits symbolize can help you unlock certain mysteries around your life and appreciate any messages coming through to you. 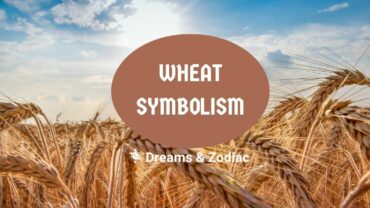