A lamb, taken by itself and out of the context of any religion, represents meekness, a sweet nature, and the idea of forgiveness. The lamb is very well known in the religion of Christianity, but it also appears in other religions and other cultures too, and offers its own symbolism even outside religion. Let’s have a closer look at lamb symbolism, to find out what this sweet creature can offer to tell us about the world around us…

What does a lamb symbolize 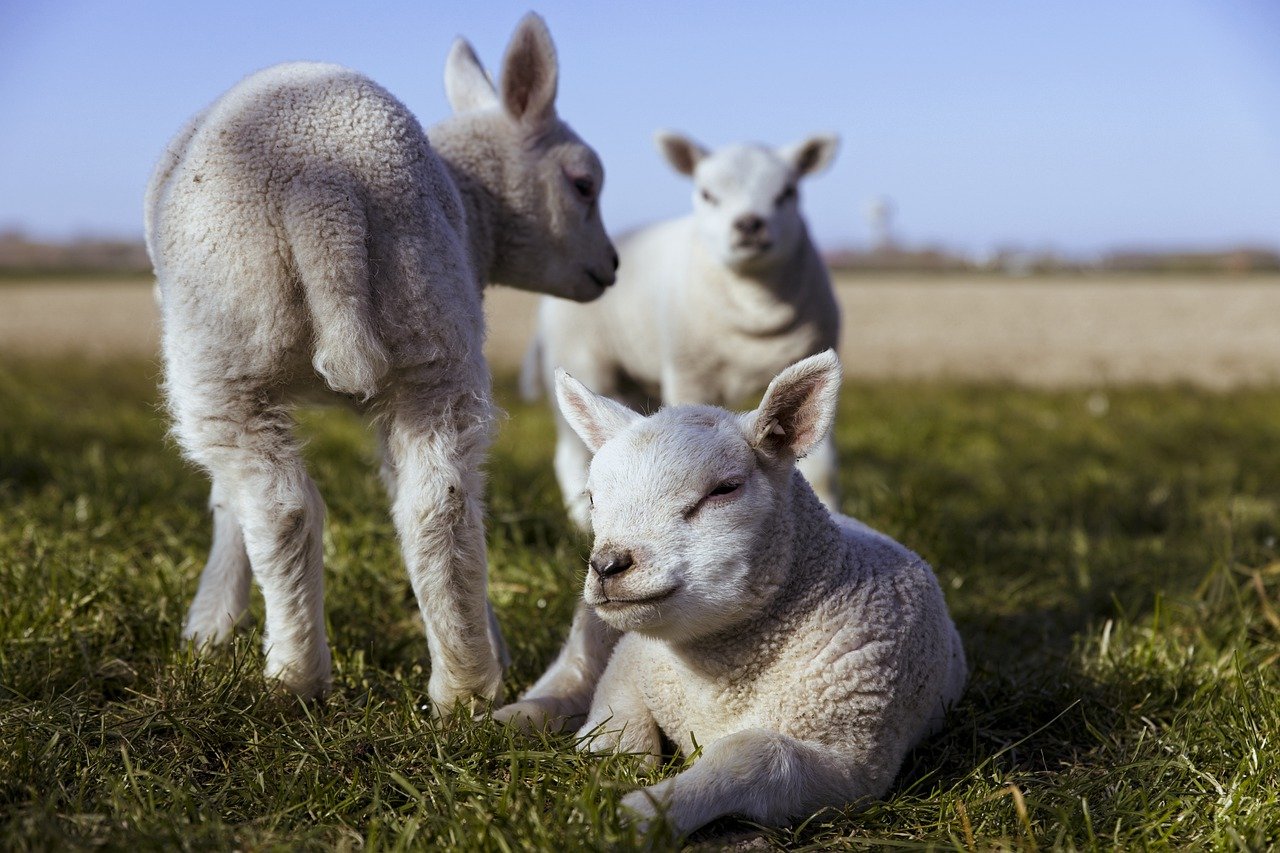 Lambs are symbols of sweetness, innocence, a meek and gentle nature, and are also seen as a sacrificial animal. Lambs represent purity and naivete too, as they are so new and fresh, without having had a chance to experience anything untoward or sinful in their lives! In this respect, they also represent human babies, who are completely without guile and totally innocent.

Another side of the lamb is its intense vulnerability – a lamb needs its mother and the rest of the flock for nutrition, guidance and protection, so a lamb can also show a feeling of being lost without friends, family or other company that can guide the young, inexperienced creature to where it needs to go.

The lamb is also a symbol of family; lambs are completely unable to survive on their own, so they are used as a sign that family life is strong and necessary.

The flip side of this is that lambs need their family so much that they never lose the herd mentality and need to be constantly looked after, guided and protected, which can make them a symbol for those who are easily led, who follow blindly and do not have much of their own initiative.

Lambs, in Christianity, represent both suffering and triumph, making them an unusual symbol in that they represent two very different, almost completely opposite things.

They are used to describe both sacrifice – as in the connecting of Christ to the sacrificial lamb – and the triumph of purity, in the same way that god is seen to be a completely pure and innocent force, and is yet all seeing and all knowing, and all powerful.

The “lamb of god” is widely believed to be Jesus Christ, and it is used to describe his gentleness and defenselessness, as well as his innocence and purity, and by his sacrifice al the sins are washed from the world.

In almost every other religion and culture, lambs retain their innocent symbolism, and are also sometimes seen as status symbol – after all, he who has the biggest flock has the most security of finances and food.

What does a leg of lamb symbolize

In literature, there is a short story by Roald Dahl, in which the main character kills her husband with a frozen leg of lamb, then swiftly cooks the evidence and even feeds it to the policemen investigating the case!

In terms of this, the leg of lamb symbolizes both the calm, passive demeanor of both the lamb and the killer, along with a more sinister message that a murder weapon can be so innocuous.

What does a black lamb symbolize

A black sheep is reputed to protect the flock against death and sickness, so as such a black lamb is seen as a good luck symbol. This is an old shepherding superstition, that has endured over centuries, perhaps because the black lamb can be seen as representing the darker side of life and so if it is in your flock, then at least it is not outside of it, waiting to cause trouble.

However, more than one black lamb can be seen as a dangerous portent, so keep your focus narrowed to just one black lamb, and you should be fine!

What does a skull of a lamb symbolize

The skull of a dead sheep is seen as a bad omen. Sheep are supposed to be alive, skipping round the fields, and bringing wealth and self sufficiency. Sheep’s skulls are associated with various dark religious practices, and as such they have a bit of a foreboding feel to them.

A sheep’s skull can also be seen as a symbol for the health of the flock, whether that is the sheep or the people, and as such they are sometimes kept, and treated with care. Skulls are revered in some pagan religions, and they can often be found on alters or used in ceremonies.

What does sacrificing a lamb symbolize

Because a lamb denotes all that is sweet, gentle and meek, sacrificing one can show that it may be time to put aside the laid back attitude, and get a bit more feisty. In order to be heard, to feel strong, to not have your ideals and thoughts overridden, it may be necessary to sacrifice a little of the more gentle, easy going parts of life.

A sacrificial lamb also refers to someone who is sacrificed for the greater good of the other characters or players. This can be applied to politics, where a candidate is fielded who is not expected to win the election but who is there to represent their party.

Doomed to failure, the role of the sacrificial lamb is nevertheless vital to encouraging the furtherment of the other characters, plot line, or political agenda.

Here is something about blood symbolism, if you are interested in finding out more about other symbols.