In the ancient world, goats had such a close and deep relationship with humans. They influenced cultures, traditions, rituals and even aesthetics. If you are familiar with zodiac signs, you’ll notice that the Capricorn has the body of a goat that terminates into a sweeping tail of a fish. This sign represents the duality of life; water on one hand and the mountains or the heights on the other.

In Hinduism, the Capricorn symbolizes the evolute and the involute which means the departure from and the return to the wheel of birth. There is so much symbolism in a goat that you need to know especially if it is your animal totem. Let’s dive right in into the goat symbolism.

What does a goat symbolize? 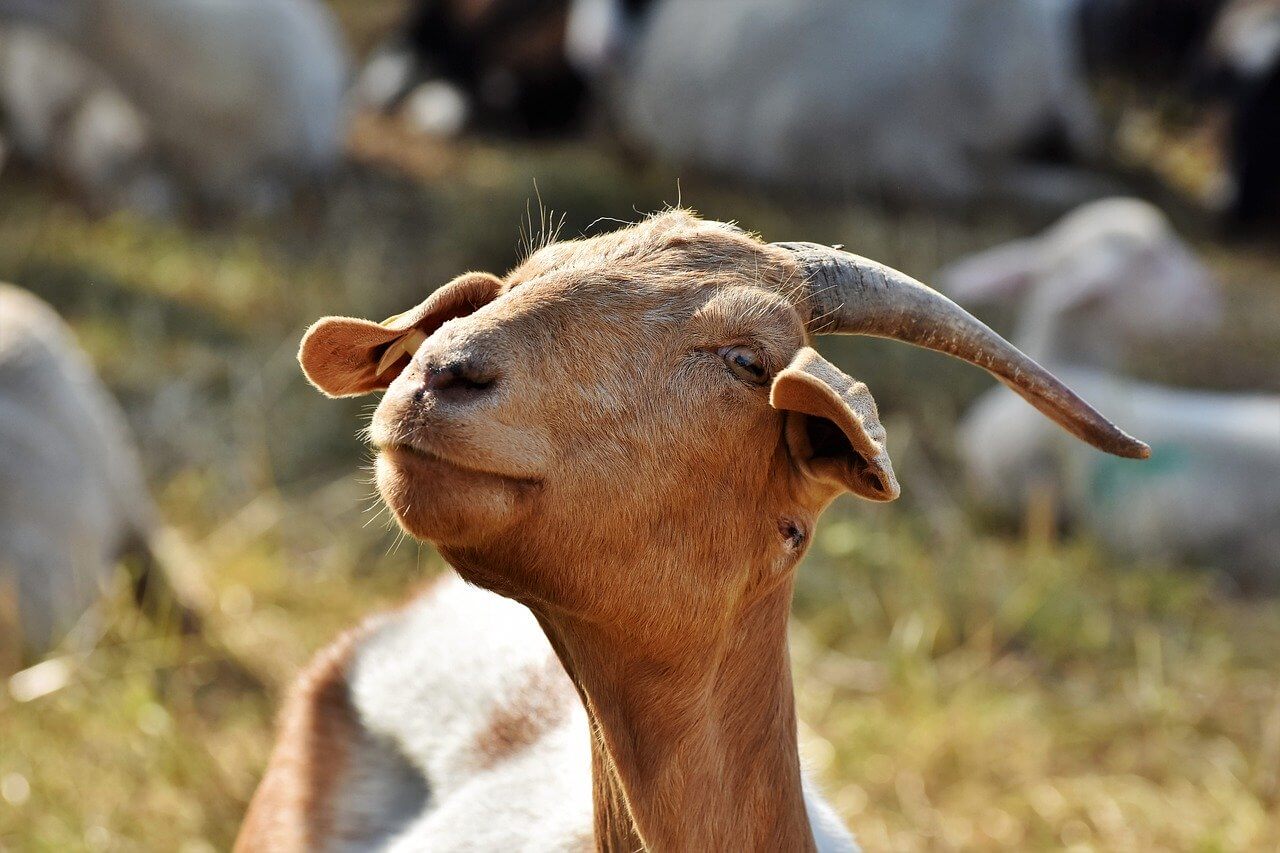 Apart from the Capricorn, the goat has such a deep and broad symbolism. Some of the meanings are positive while others are negative. Towards the positive end, a goat is a representative of generative heat, fertility, reproduction, agility, abundance, sociability and vitality.

In some ancient cultures, the goat embodies the masculinity and the power resident in the sun to reproduce. When on the valley, a goat symbolizes foolishness and ineptitude. However, when it is up the mountain a goat typifies surefootedness and far-sightedness.

In Chinese culture, a goat symbolizes yang. As the local beliefs have it, yang is the guardian of specific points on the compass; southwest, west, and south. Yang also represents the hours of the clock between 1 and 3 pm. The goat may also be considered as a symbol of good and peace.

The sight or appearance of a goat could also be a strong message that you need to start new endeavors and new climbs. It speaks into strategy and patience in planning and implementing.

The type of goat that appears also matters in interpretation. When your spirit animal is a mountain goat, it is time for you to stretch yourself, test new limits and reach for higher goals.

In some instances, it may be a sign of an inflated ego. You could be in a position where you are overcompensating for an inner sense of worthlessness. Try and spend time analyzing and working on your self-esteem.

What does a goat symbolize in the bible?

In Christianity and the bible, a goat symbolizes the last judgement and eternal damnation. It is a clear distinction between the good and righteous people and the evil ones. Later in the new testament, the scapegoat would be replaced by Jesus Christ, the lamb of God who takes away all the sins of men.

The scapegoat ritual as described in Leviticus 16:1-34 refers to the goat as the carrier of human burdens and sins. In the Hebrew culture, goats were considered clean hence their offering as a sacrifice to God for the atonement of sins.

When the bible talks of the male goat, it represents singleness of purpose, strong-mindedness, and leadership. Compared to sheep, goats are seen as being offensive and having a tendency of following their own direction.

In Proverbs 30:29-31, the Bible paints the image of leadership combined with dignity, undaunted courage, and stately bearing.

What does a goat head symbolize?

The head of a goat has been shown in many illustrations as having a sinister face. Because of this, it has been humanized in many strange ways. In most case, it has been used as a stand-in for the devil.

In 1854, Eliphas Levi, an occultist and magician sketched a winged man with the head of a goat. The creature known as Baphomet is decried by the Roman Catholic as an idol that is after human blood and sacrifice.

Also known as the Goat of Mendes, Baphomet role has often been mysterious and misunderstood. Many people ask, what does a goat symbolize is it satanic? Well, though symbols and meanings get altered with time, society has stuck to the goat as the de facto symbol for Satan and anything associated with satanic worship.

Any line of esoteric, occult, and witchcraft thought often utilizes Baphomet as a catch-all image. People asking – why does a goat symbolize the devil, are often drawn to the establishment of the church of Satan in 1966 by Anton LeVay.

To a large extent, his adoption of the Baphomet as the official insignia helped popularize the Luciferian linkage.

Read also: What Does A Sparrow Symbolize?

What does a black goat symbolize?

Whether the black goat appears in your waking life, vision, or dream it is a sign that you need to summon your energy guides to help you get rid of vibrations, astral or karmic ties from your awareness. The black goat empowers you to use your dark aspects as places of power and love.

The black goat is both a symbol and an emphasis that you need to value yourself. Assuming you are making a presentation or giving a talk to people interested in your gift.

If you walk in and simply speak without getting anything in return, you’d feel depleted. However, if you proceed and charge for your services, you’d feel much more rewarded and appreciated.

The black goat comes in as a reminder of why you are here. It helps you to recognize and embrace your power. It is also a sign of fortune. It serves as a reminder that how we choose to see ourselves; the world will follow suit. It is a choice to either change the darkness or allow the darkness to change you.

What does a white goat symbolize?

White goats are generally symbolic of joy and good luck. They can either appear in dreams and visions together with black goats or white goats. When both black and white appear, you don’t need to worry, it is still a sign of fortunes.

If you are currently hard-pressed financially and you happen to see a white goat, it is a sign that you may receive some monetary award unexpectedly. It is also an indicator that the worst of your troubles could be nearing an end.

What does goat milk symbolize? 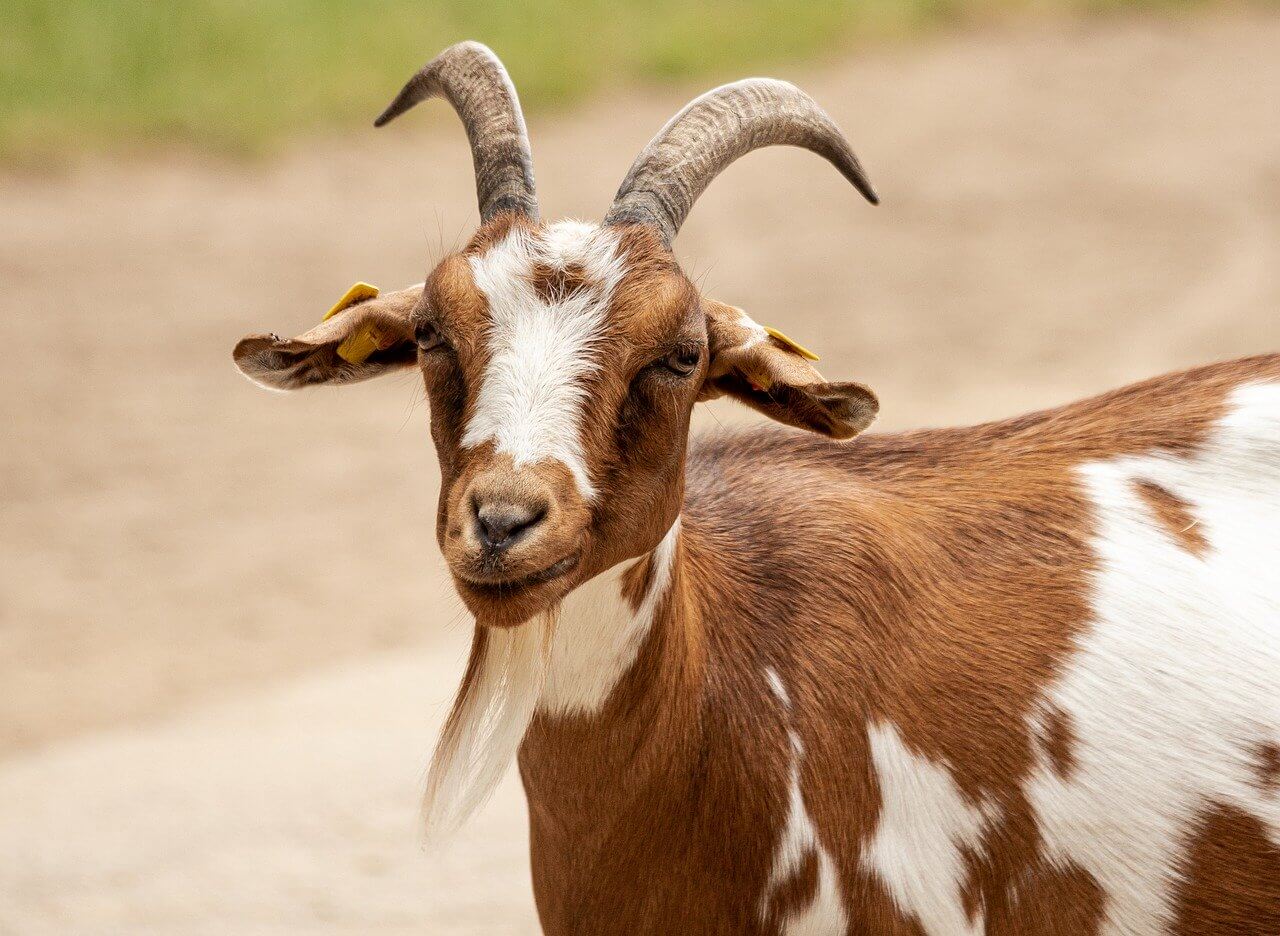 Goat milk represents motherly love. Culturally, milk has been linked to eternity and protection. If you get a vision where you are giving goat milk voluntarily, that could a symbol of generosity.

If you happen to drink goat milk in a dream, you are making efforts to nourish your body or personality. It could be a call to self-improvement or a reminder that you have a lot of inner strength that you need to tap into.

Spilling milk means that you may have given up or you are at the verge of giving up on your religious beliefs. This may be the case if you have been having a lot of conflicting beliefs in the recent past.

To sum it all up, the goat spirit helps you to discover lots of different aspects of your life. Analyzing the different symbolisms and meanings of a goat can help you set a solid foundation and unlock potentials seated deep down within you.

Even amid lots of options and confusions, picturing your animal totem can give you the inspiration you need to take up any challenge that is ahead of you.

Blessings will ultimately make their way to you and will transform both your professional and personal life. Just like a goat, turbulent times will come and pass, but you will scale the mountains of victory.