The crane is a graceful, elegant bird that has been, for centuries, associated with good luck and good fortune. Cranes perform elaborate dances and are incredibly graceful, which is part of their appeal – they are the basis of several Kung Fu moves in China, and have been the subject of tribal dances of Native Americans too.

While this crane adulation is based largely in places where the cranes is native, or at least a regular visitor, the crane can still represent these things even in cultures where it is not a native bird.

What does a crane symbolize 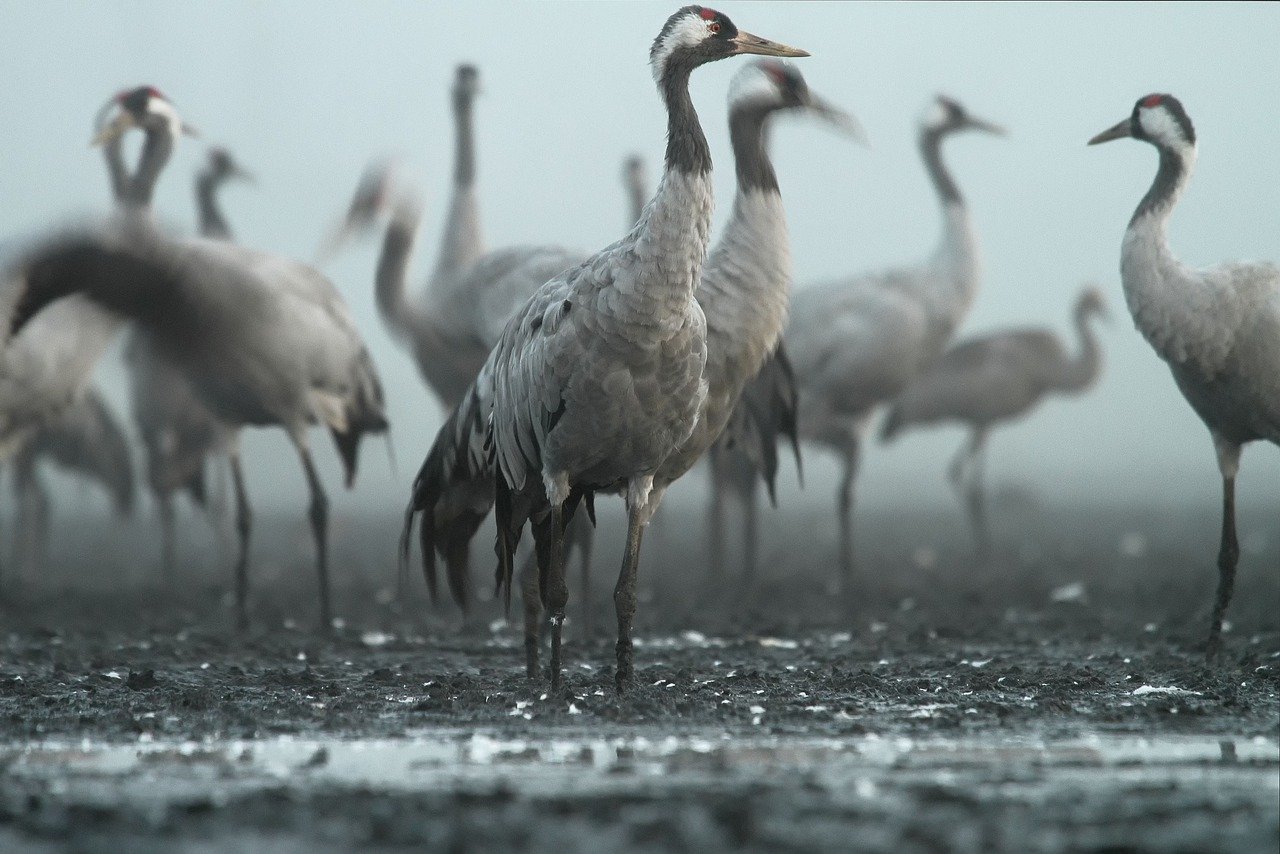 Cranes are a happy symbol, and one that denotes ideas of happiness, youth, good fortune and longevity. This is because the crane is reputed to live for a thousand years (obviously, this is not true, but they do have a long lifespan).

Cranes are also considered to be magical birds, and in some cultures they are almost as revered as a god or goddess. In times long ago in Mecca, three goddesses were known as “the three exultant cranes”, while in Greek and Roman myths the crane has been associated with Hephaestus and Apollo.

Cranes are also associated with bravery; in the pre Ottoman empire, especially courageous soldiers would be presented with parts of a cranes feather to wear about their person, to denote their heroism.

In China, cranes are used to denote different symbolism depending on how they are depicted – for example, if a crane is flying into the sun it shows a plan to enhance oneself socially, while if it is a red crested crane flying among clouds this symbolizes longevity and wisdom.

Conversely, in some cultures, cranes can represent negative connotations. In some cases they are seen as a harbinger of doom, even as far as threatening to bring death. They can be viewed as the symbol of the Devil, and they are loathed and feared accordingly.

What does the white crane symbolize in Japanese culture

The crane, in Japanese culture, represents just about everything that is good in life! It is a symbol of youth, vitality and longevity, with the added bonus of representing good fortunes too.

The crane is the subject of countless Haiku poems, and is the founder of the tradition of “paper cranes” – the art of origami, or folding paper, to make various creatures and shapes. Giving a gift of a crane, either as a model or as a small origami bird, is associated with good blessings and the wish for long life and a thriving life.

There is an ancient Japanese legend that says that anyone who can fold a thousand paper cranes will be granted a wish by a crane; this has been tried by a schoolgirl who was dying of leukemia after the atomic bomb dropping at the end of WW2, and alas it proved to not be true – but after her death the crane became a symbol of peace and harmony in Japan, and hopefully a reminder that wars and senseless killing should never again take over the world.

What does a white crane symbolize

The white crane possesses all the traits mentioned already for cranes, along with its own, more specific meaning: white cranes symbolize vigilance, faithfulness and great wisdom.

The white crane shows a connection between the spirit world and the physical, and can show that someone is quite spiritually advanced, if they see it as their totem or often catch sight of a white crane.

The fact that a crane may be white, symbolizes its connection to the divine, and as such it embodies all the good traits that a crane shows, as well as deeper, more spiritual connection.

Any cranes flying between the sky and the earth denote cleanliness and purity, and this symbolism is enhanced even more if the flying crane is a white one. White cranes can show a pure soul, or at least one which is striving for enlightenment.

What does a crane symbolize in the Bible

In Christian teachings, the crane is considered to be a messenger of God. Cranes symbolize a good communication with God, and show that the channels of communication between the spiritual and the human are well and truly open.

Cranes can also represent a spirit of endurance; something that is favored in many types of Christianity, because they return year after in the spring, symbolizing the death and rebirth of Christ.

The crane is also a symbol of vigilance – when cranes sleep together in groups, one will stay awake to stand guard of the flock. It stands while the others rest, holding a stone in its claw – if it accidentally falls asleep the stone will drop and the crane will wake.

Because of their connection with the divine, cranes can also be seen as taking care of departed souls. It is said that they can take care of the departed, due to their habit of flying in a formation with the younger and weaker birds in the centre, to be protected by the rest. This, combined with their supposed connection with God, makes the crane a good companion for a journey to the afterlife.

What does a crane symbolize in Native American

Many Native American tribes consider cranes to be a sign of good luck. It was considered to be a very good omen to spot a crane whilst out fishing, and the crane in general was considered to represent the role of a peacemaker.

Some Native American tribes would use crane symbols in their artwork, either as part of a totem pole, or in some cases, as part of the entire clan’s crest. A few tribes also had a tribal tradition of different types of dances, and many would incorporate a Crane Dance into their repertoire.

The crane is considered a good omen, in just about any culture that has experienced them. They are beautiful, graceful birds, with a strong sense of family and protection for their offspring. They symbolize a lot of enviable things; good fortune and long life among them.